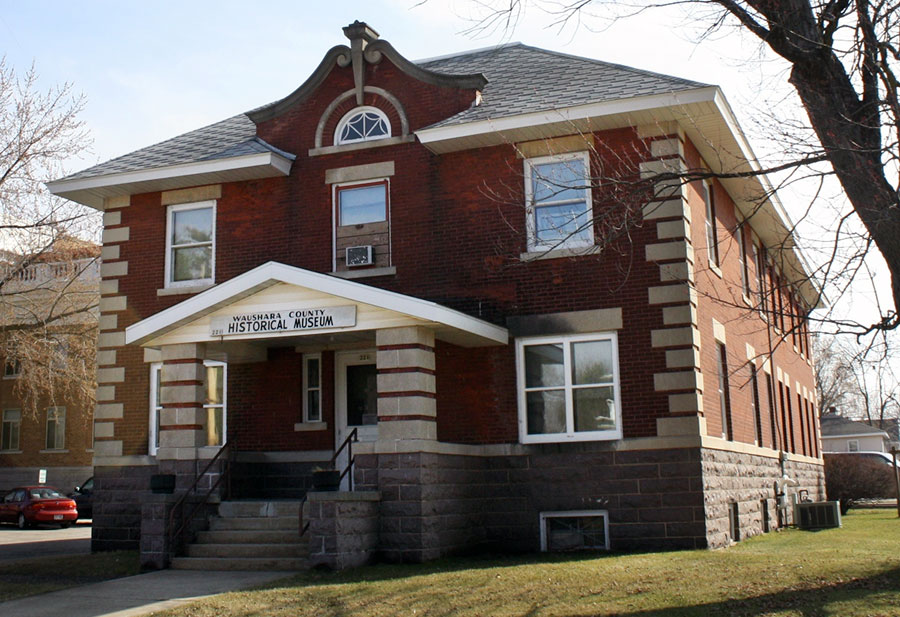 When Gein was arrested in Plainfield in 1957, he was held in the Waushara County Jail in the nearby town of Wautoma. Like many old jails, this one was designed to also serve as the home of the sheriff. He and his family lived in the front of the building, with the jail cells in the back. The sheriff’s wife was likely responsible for feeding the prisoners and doing their laundry.

Today, the old jail serves as the Waushara County Historical Society museum, where you can actually step inside the cell that held Ed Gein.

When Gein’s gravestone was stolen, the museum considered displaying it but decided it would cause too much controversy. 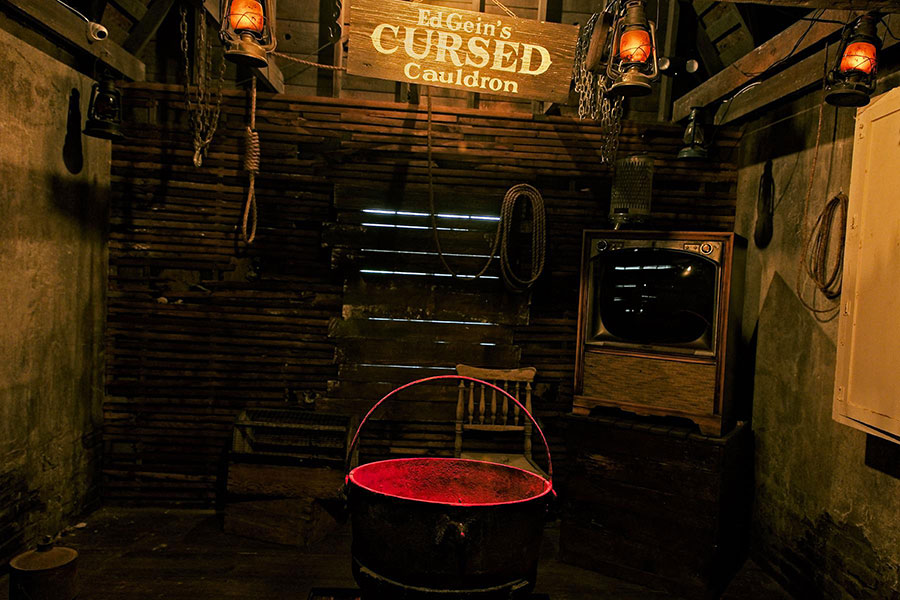 Several unique items believed to have been owned by Ed Gein were put up for sale at the Pientka Auction house in Hatley, WI in 2015. These objects – a pair of skis, knives, a shovel, and a rather unremarkable cauldron – had been purchased at the March 1958 estate sale of Gein’s belongings.

The “cauldron with story,” as it was listed on the auction website, was being sold by Dan McIntyre, who claimed his grandmother bought it from the estate sale to plant flowers in.

But when family friend Hollis Brown saw the cauldron, he told them he had seen it on the Gein farm when he was helping authorities remove evidence from the house. According to Brown, that cauldron had contained human entrails when he last saw it.

Having seen the story about the cauldron on Cult of Weird, Ghost Adventures star Zak Bagans phoned in the winning bid on auction day. It later appeared on an episode of his spinoff series Deadly Possessions, as well as a special Halloween episode of Ghost Adventures. When Bagans opened his Haunted Museum in Las Vegas in 2017, the cauldron was there on display as “Ed Gein’s Cursed Cauldron.”

Other museums that may exhibit real Gein artifacts:

"Did You Hear What Eddie Gein Done?" by Harold Sch