Ed Gein’s car, the one he used to haul dead bodies from the grave back to his home, became a morbid spectacle in county fairs around Wisconsin after his arrest, and then it vanished from history.

Ed Gein was arrested on the night of November 16, 1957 following the discovery of local hardware store owner Bernice Worden’s body in his farmhouse outside of Plainfield. An estate sale was held a few months later in March 1958 to auction the property and all of his belongings. Everything was sold to the public except the house itself, which burned to the ground following rumors that enterprising individuals were considering turning it into a tourist attraction called the “House of Horrors.”

Ed Gein’s maroon 1949 Ford sedan, which he had used to transport the bodies of the two women he murdered, as well as those he exhumed from fresh graves in nearby cemeteries, was the next best thing to a house full of grisly artifacts.

15 bidders vied for the car, but the winning bid of $760 went to a carnival sideshow operator from Rockford, Illinois named Bunny Gibbons.

Gibbons knew there was money to be made on the macabre curiosity Gein’s recently revealed crimes had generated. He put mannequins in the car to represent Gein and Worden, and exhibited it at county fairs around the state that summer as “Ed Gein’s Ghoul Car.”

Anyone could get a look at the car that “hauled the dead from their graves” for 25 cents.

It made its first appearance at the Outagamie County Fair in Seymour, WI in July 1958. Over the course of three days, some 2,000 visitors parted with their quarters for a glimpse inside the tent.

The exhibit caused considerable controversy, as many were unhappy with Gibbon’s exploitation of such a shocking and deranged crime. The group Mental Health America of Wisconsin petitioned to end it.

The Ghoul Car made its final recorded appearance at the Washington County Fair in Slinger, WI, where the local sheriff shut down the exhibit. It was banned by the state entirely after, and Gibbons returned home to Illinois defeated. He and the car faded into obscurity, their fates unknown.

What became of Gein’s old Ford? 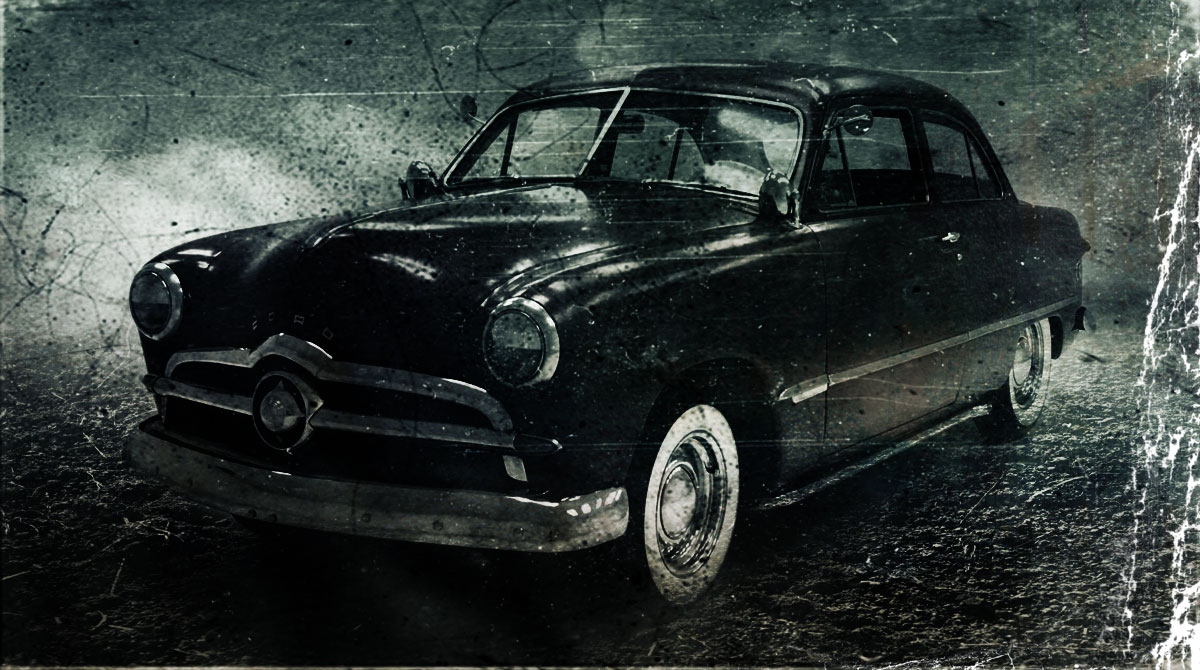